Just to get you thinking, a fisherman’s tale from England. The fish subject to the tale, although obviously a prize specimen for its species, is less than half the size of some of the fish in the Chalong Fishing Park lake. The fight will be fun, it may be exhausting, but it will be fun. We don’t guarantee the fight will last half an hour but it won’t be easy, especially if it is one of our larger Mekong Catfish.

The beauty of joining us at Chalong Fishing Park is you will also have your very own fisherman’s tales to tell when you go home or down the local bar and many of those tales will be about fish that are larger than the fish in this featured “Fisherman’s Tale”.

It was Mr Brigg, using rod and line who finally landed the monster in October 1907.

For two years it had been glimpsed in the waters of the New River between Wood Green and Harringay and had became the stuff of legend to local anglers.

When finally Mr Brigg, after struggling for a full half hour, pulled it from the water, it was found to weigh 18lb and to be 2ft 6in long.

For Mr Brigg had succeeded where so many fisherman had failed and captured the New River’s prize, a giant grey or lake trout. At the time, its weight was a record for a London water and amongst the biggest catches in England.

Mr Brigg’s fame spread as far as New Zealand where the Dannevirke Advocate of Hawke Bay, reported the catch in their hunting section on October 22nd 1907

Mr Brigg was reported to have said, “…but you should have seen the one that got away”

Click on a picture to open the full-size gallery 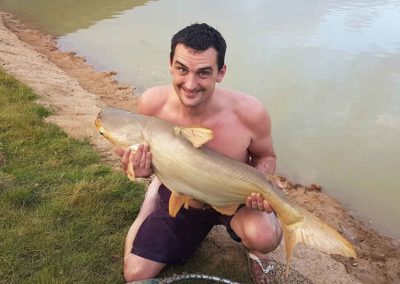 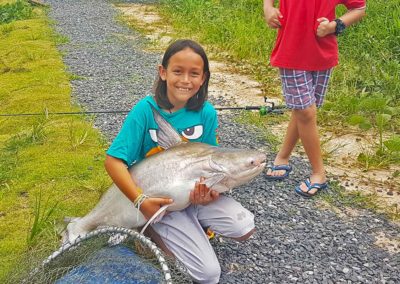 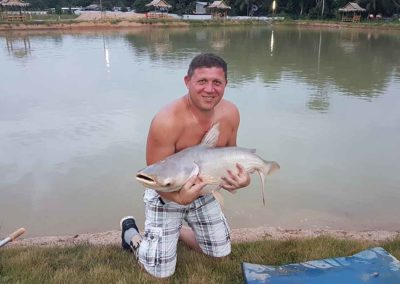 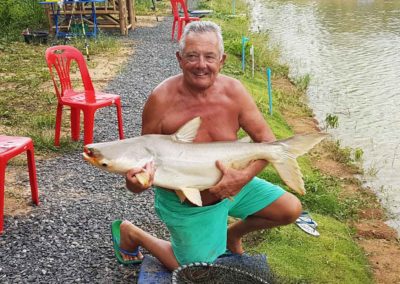 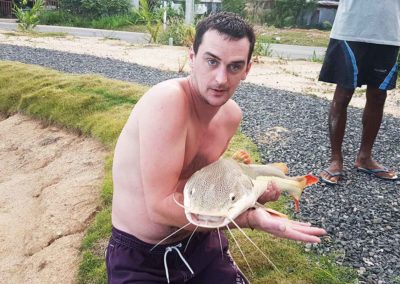 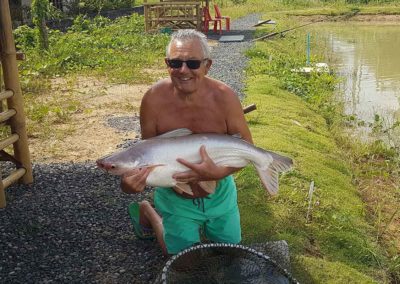 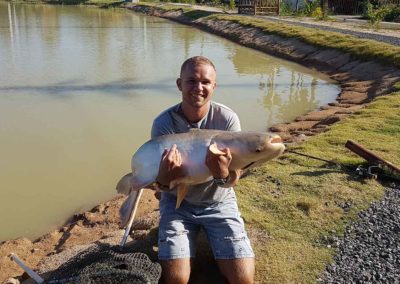 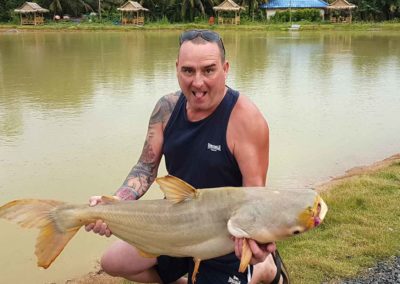 Chalong Fishing Park has made the News

Chalong Fishing Park has made the News

Forced into the depths

FISHING: well shipmates, it seems to be unanimous, this has been the wettest “low” season anyone can remember and mid-month we had a “Super Moon”, the closest the moon has come to Earth in 70 years.

While a full moon is often good for trolling, the early part of the month was very disappointing as regard to catches.

While divers reported lots of fish about, we fishermen, apart from a few nice Sailfish, found pelagic fish few and far between, and my personal theory was that the fresh water from all the rain we have been having was lying on the surface of the sea forcing the pelagic predators into the depths, as very few fish species can handle too much fresh water.

November also saw the grand opening of the Chalong Fishing Park, which, while not being as “exotic” as some of the parks on the mainland, does have the big advantages of convenience and much more realistic prices for those of us who like to have rod in hand on a regular basis.

The lake is surrounded by about a dozen salas and the infrastructure includes an office, bar and swimming pool which makes the place very child friendly, I especially liked the “rope swing” chairs and hammocks which added to the chill-out atmosphere of the place.

The groundwork, as regard plants, trees etc. will take some time to get established, but it should not be too long before the remainder of the construction work is grassed over, which would be my only criticism of what will obviously become a first-class venue worthy of recommendation.

While I was there, along with quite a few well-known local “worm wigglers” I was lucky enough to snap one of them landing a Mekong Cat which I estimated to be around 25 kilograms, a nice fish in anybody’s language. 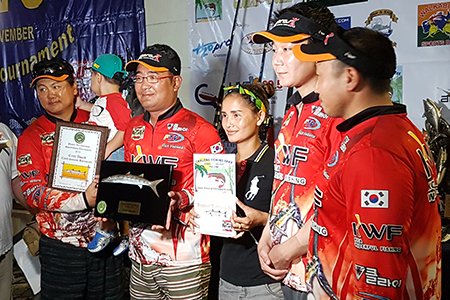 And finally, November was the time for the annual P.I.S.T. Competition (Phuket International Sports-fishing Tournament) and not surprisingly, after taking the wind out of the opposition’s sails with a staggering nine Sailfish tally on the first day, “Fish Eagle”– Capt Andrew – and the “Fighting Irish” team went on to dominate the proceedings.

From reports it looks like the fishing was extremely frustrating, with Sailfish jumping everywhere and not biting, while the Wahoo and/or King Macs were regularly accused of slicing through steel trace. So it’s well done the boys from Cork.

The Russian team “Ardent Anglers” came in with a good overall 2nd place score, and our pals on “Thai 2 On” get a day ticket, for the whole team, to fish the “new” Chalong Fishing Park “as mentioned above” for landing the largest Wahoo, having caught the only two of the competition, a nice sponsorship gesture from “Jez” Wilson the owner/manager of the park.

So me hearties, that’s it for another month, tight lines to all.