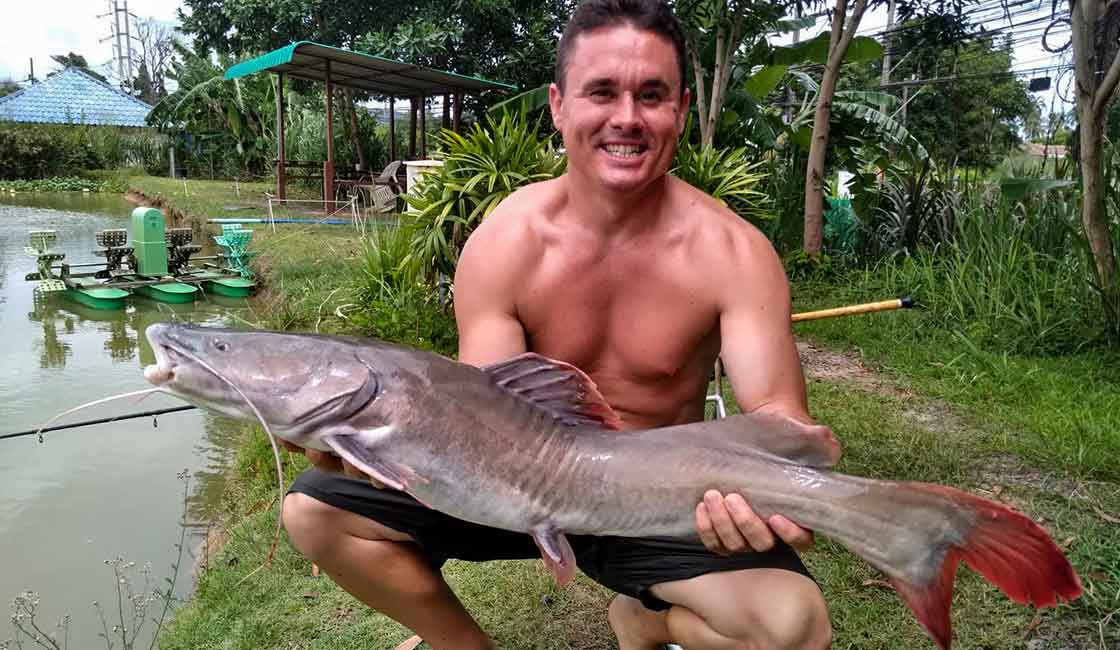 An all American day yesterday. Dino from California contacted us and after a wet start to the day he and his pal Andy joined us for a busy morning session with lots of fish from several species.

With things being so quiet we did not expect to see any other customers so we were pleasantly surprised when we got a call from Parker, Kaden and Mitch from Portland, Oregon and they joined us for a short but productive afternoon session. As Dino and Andy had already vacated their well baited swim it made sense to put the lads there and they were into the fish from the start. The Siamese carp were feeding well and as ever the Amazon Red Tails were coming out thick and fast particularly towards the end of the day. Several other species including Asian and Tiger Red Tails along with Yeesok and Pacu kept them busy and a nice beefy Arapaima was hooked, showed itself nicely and then the all to familiar head shake meant that battle was over. The lads enjoyed themselves and have booked to return again today.

There’s plenty of space these days, the prices are slashed and the catch rates are silly, probably the best chance you will ever have to get value for money sport like this in Phuket and further, come and join us for some…..”FUNFISHIN!”…..🎣🐠🐟🎣🐠🐟🎣🐠🐟😎 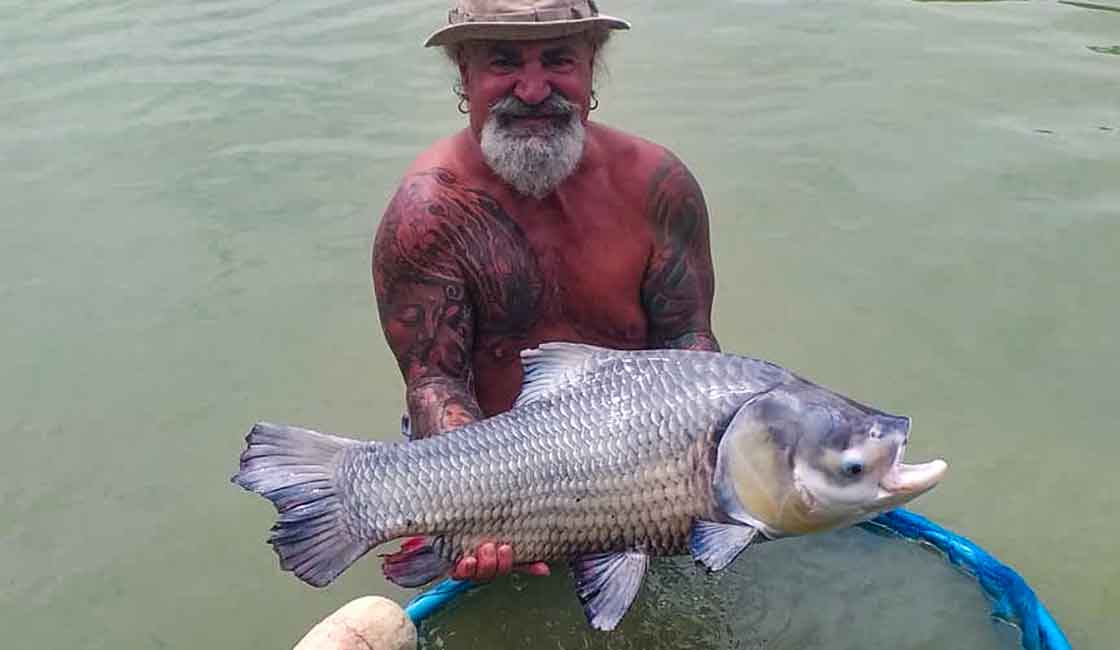