Once again we were thankful for another relatively busy day 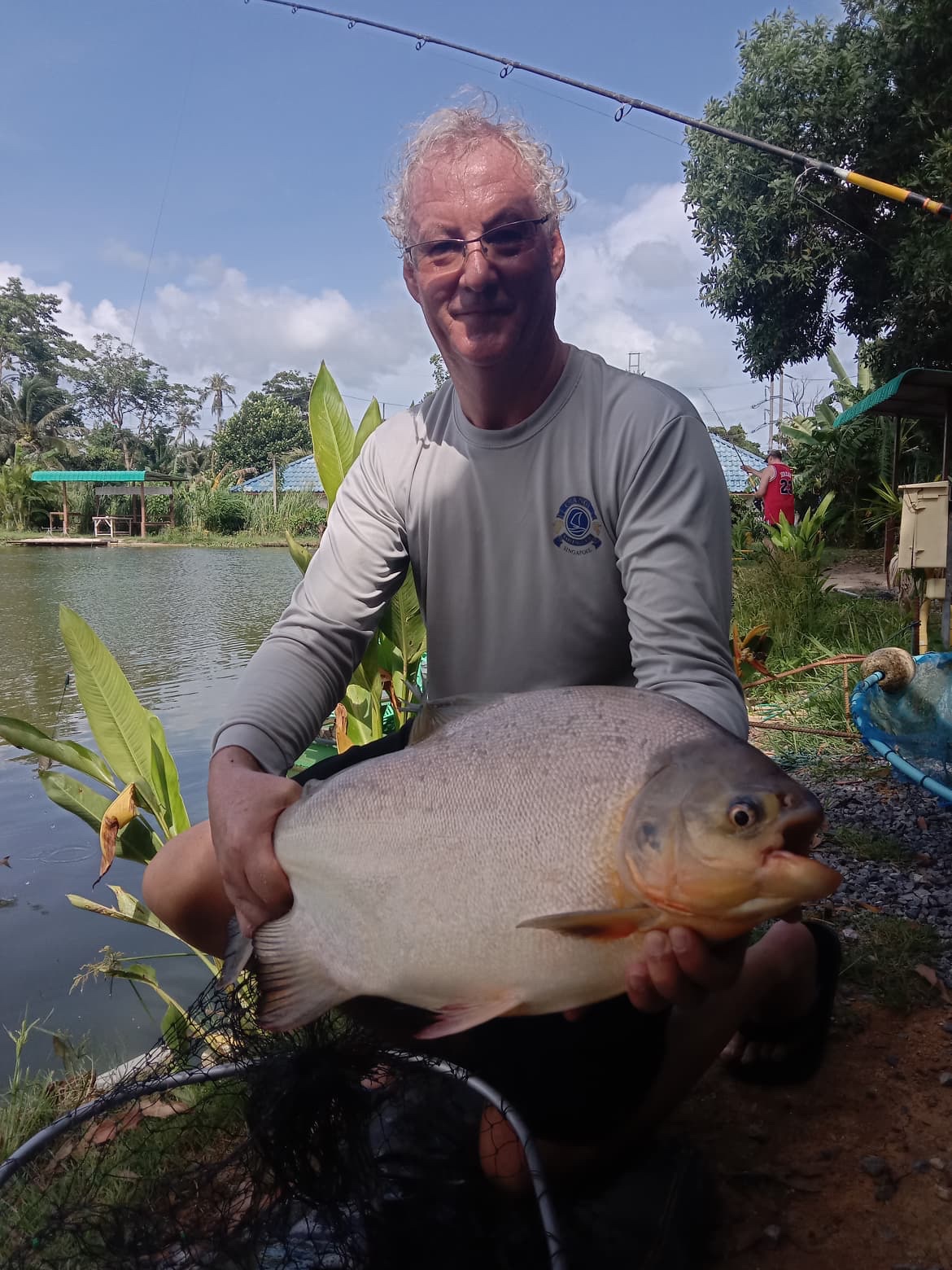 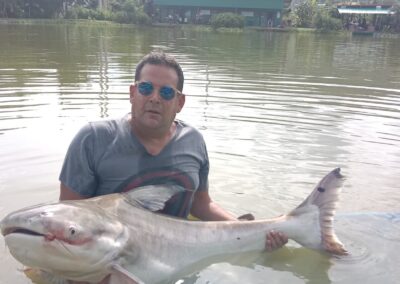 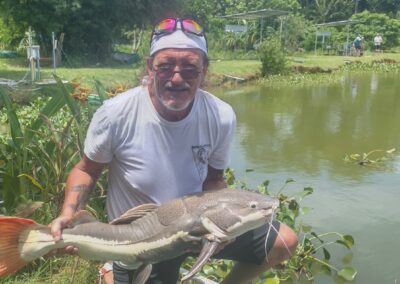 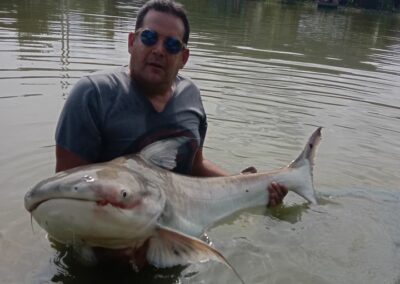 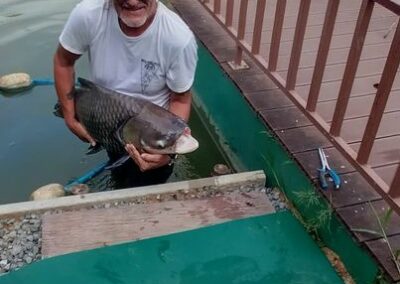 Once again we were thankful for another relatively busy day and again a nice mix of customers from Australia, England, Thailand and Luxembourg.
Some more Dad’nLad action on the bungalow bank, one duo first-timers from Bangkok and the other duo here for the second time this week and lots of fish from several species for them in the afternoon.
A couple of fine fellas from the North East of England joined us for the day and after washing down a full English Breakfast with a few “cold ones”, they set about catching some fish which they did with good success as did two pairs of Aussies on short mid day sessions. Not the best time of day to fish but they still got amongst ’em.
A couple of our season ticket members Paul and Fernand also joined us in the afternoon, Paul got well into the Siamese carp and the Red Tails from the disabled swim while Fernand braved the sun of the opposite bank getting a good mixed bag and a lump of a Chao Phraya Catfish which is getting to be something of a habit for him now, well done mate a lovely fish and worth that battle.
Business has been up and down and while it does seem that things are livening up a little there are currently no bookings for today or tomorrow and availability is very good all of next week so there really is no better opportunity to get amongst the best fishing on the Island than now. We have 3 different packages to choose from making fishing affordable for everyone and family/kid friendly, great facilities including a bar / restaurant serving “cold ones” along with Thai and Western food from 9am – 3pm, a pool to cool off in with clean bathroom facilities, cover all around the lake, friendly knowledgeable staff, alternative baits available at reasonable prices, high quality tackle and above all more hungry fish than you can shake a stick at. Not a bad set up even if we do say so ourselves and we have quite a good social scene here which is mainly focused on the after fishing times at the “Office Table” so if some or all of the above tick your boxes why not get involved, please contact us first and come and join us for some……….”FUNFISHIN!”…….

Message us on WhatsApp