Yesterday we opened for the first time on a Sunday… 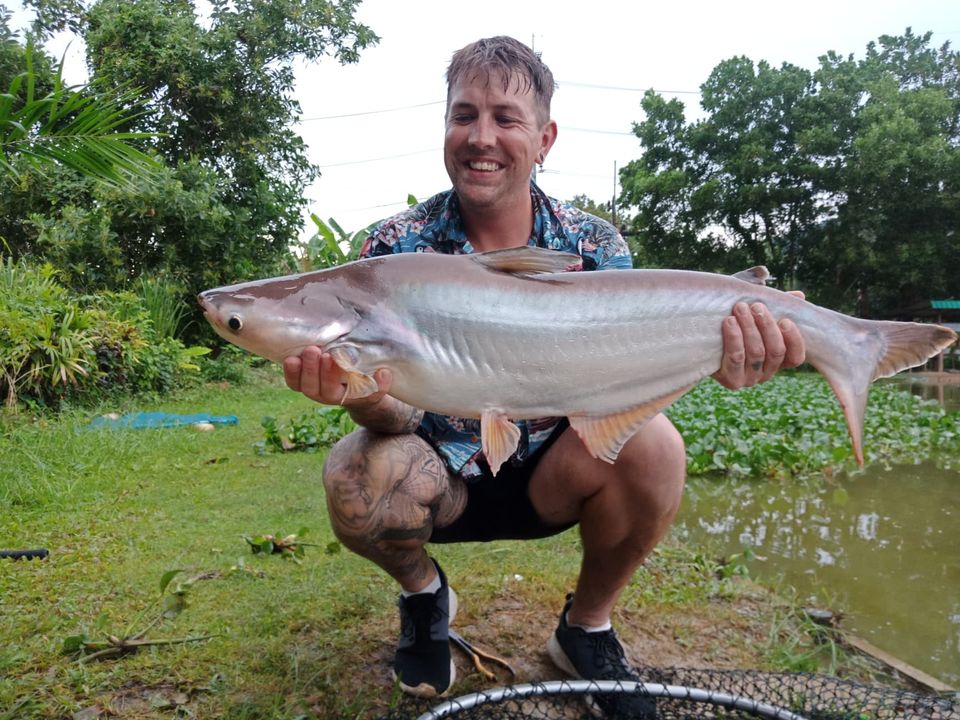 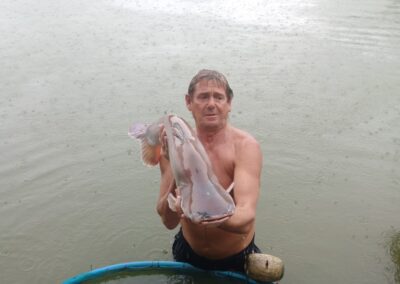 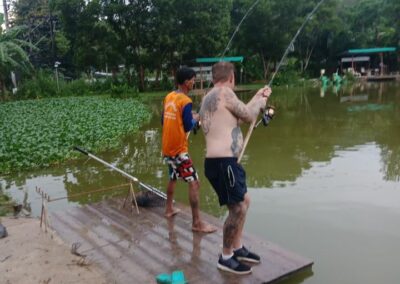 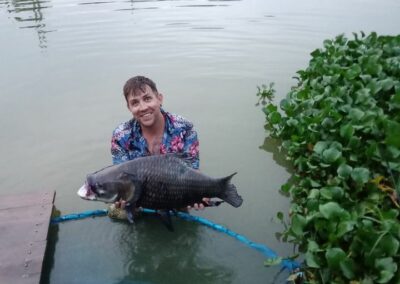 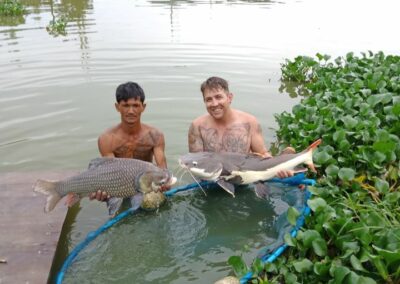 Yesterday we opened for the first time on a Sunday for a long time and the first time we have opened every day of the week for a very long time. Three cancellations was not the best way to start the day but in spite of the steady drizzle a group of 6 Russians joined us for a short morning session and all got amongst the fish. We were then joined by two Austrian chaps for the day and they too were catching for fun along with another Russian who joined us for a half day afternoon session as did Rob from the UK back for the second time in under a week. The afternoon produced loads of fish for everyone and as the day was near ending the remaining two anglers were flat out as the fish went on a feeding frenzy, once again showing that a little rain does not stop them. The Siamese Carp were more than up for it as is so often the case either side of a full moon (tomorrow) and several other species also got in on the action with double hookups on several occasions. Rob is already booked to return again on Tuesday to see if he can do even better.
I share these posts to several different pages and have had negative comments on one page when I have said we have had Russian customers. I don’t want to get into a debate about who’s right and who’s wrong but there is no way that we are going to exclude or persecute any individuals because of the country they come from. We have had Russian and Ukrainian customers coming here together and as we all know most people do not agree with what is happening, I have Russian friends who are great people so to the sad, lonely keyboard warriors out there please keep your opinions to yourselves as they have nothing to do with fishing.
Things are looking busier now but we do still have plenty of availability so why not get amongst the best fishing around, give us a shout, book your place and join us for some…….”FUNFISHIN!”………….