.A very busy session for our pal Mick, loads of fish… 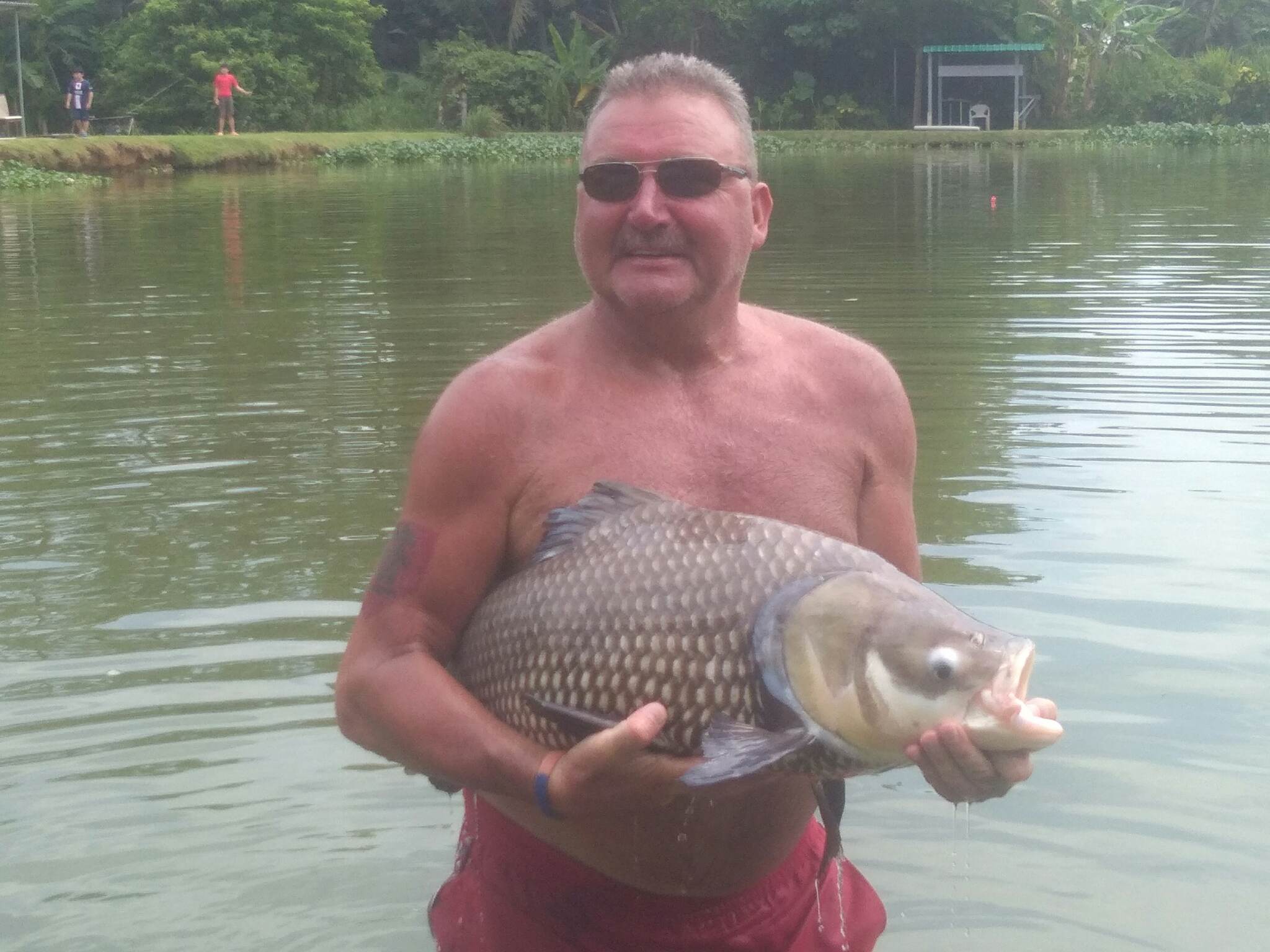 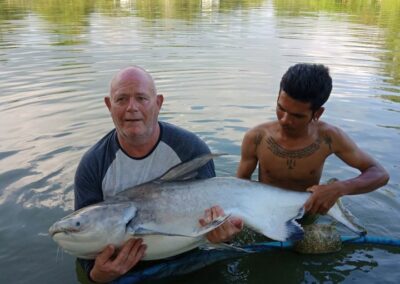 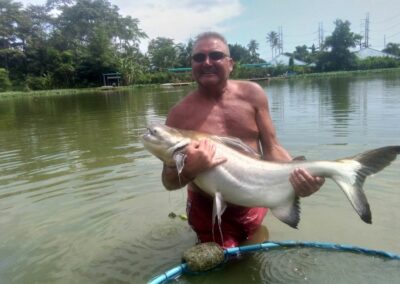 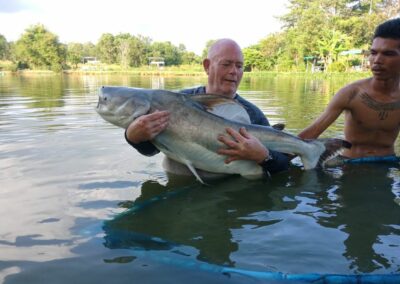 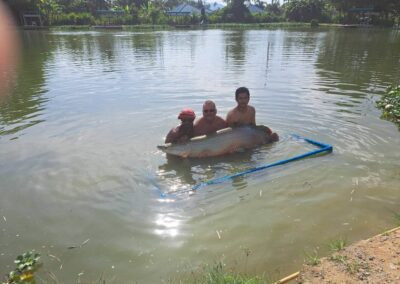 A very busy session for our pal Mick, loads of fish including a nice Arapaima just an hour or so into the morning, a species Mick has been waiting to catch for several years. Several Siamese carp also in the mix along with Red Tails, Chao Phraya Catfish and Pacu from near on non stop action through the day. Mick was joined by his much better half Sandra in the afternoon, great to see these guys again, we met over here somewhere around 20 years ago and have been friends ever since so well chuffed that Mick finally got his “Arry” and no doubt the punters in Walkabout, Oasis and other watering holes around Karon will get the rundown.
A similar day was had by Dave, also from England and he also enjoyed watching the the various wildlife around the lake with aerial displays from the Brahminy Kites and Lapwings battling for territory.
Other customers from Singapore and Russia also got in on the action on short sessions.
A little quieter the last few days which is no surprise as its a kind of turn around time before the Christmas / New Year silly season which is sure to be very busy so now is the time to take advantage of the situation and get on on the action, give us a shout, wet a line, put a bend in the rod and join us for some…………..”FUNFISHIN!”………