A very wet and grey day but once again the proof is in the pudding….the fish really don’t care. 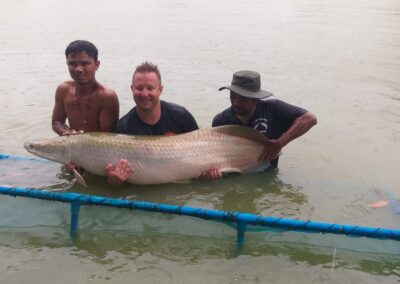 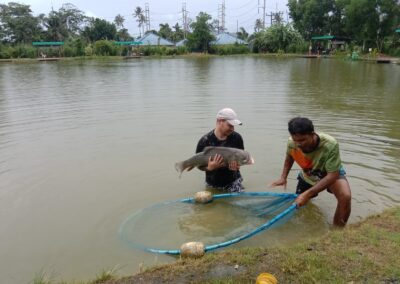 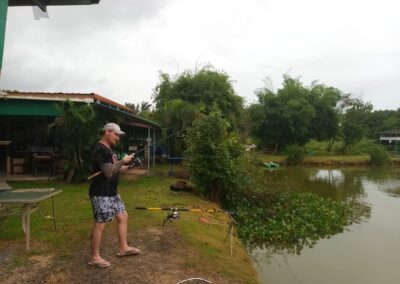 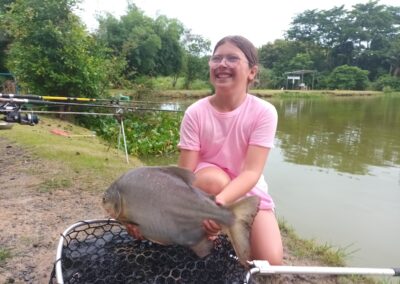 A very wet and grey day but once again the proof is in the pudding….the fish really don’t care.
Nice to see the return of Jemma and her family. This lady can fish and was a regular visitor this time last year when the Phuket sandbox first opened. She along with the rest of her gang braved a little wet stuff and enjoyed near non stop sport with lots of fish caught between them.
Dad’nLad duo Fredrick and Anton from Denmark were back for the second time in 3 days. Their previous visit was a belter and a hard day to beat but beat it they did with loads of fish. A good mixed bag and near non stop action which was capped by Dad Fredrick landing a nice Arapaima. Young Anton was over the moon with his Dads catch as they celebrated with Ruben from Holland who was fishing in the next swim and then Anton decided it was his turn as he too got into another “Arry”. The look on his face was priceless, a joy to see a young man catch his quarry with his old man, memories that will last forever. A really nice bunch of people who braved the rain, had lots of laughs lots of fish and made the most of a rare grotty day.
Fancy some of that ??? Give us a shout and join us for some…..”FUNFISHIN”……….

Message us on WhatsApp