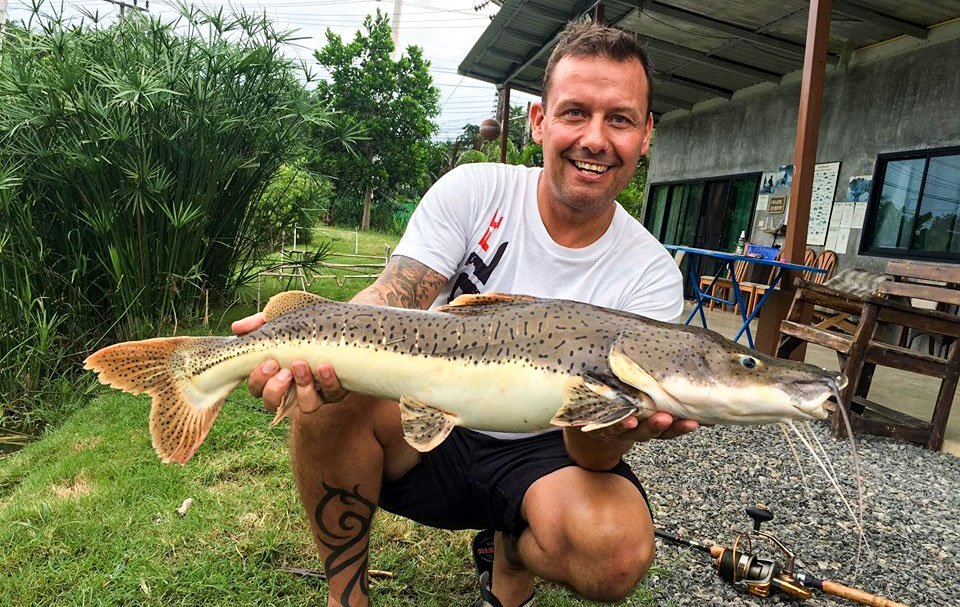 MORNING WORLD…..Graft at the Park

MORNING WORLD…..After a morning sorting out tackle boxes, bait boxes and generally getting the gear cleaned and organised as we had no customers it was time for a little R&R.
Yours truly fished my preferred method, the waggler, using pellet as the hook bait and feeding little and often. The loose feeding should be done to a rhythm to keep the fish in your swim and compete for the feed but this was tricky as the action was non stop from the first cast. I started fishing at a little after 2pm and finished at around 6pm with over 40 fish. In truth I was hoping to get the Siamese Carp back on the feed but the other species were not having any of that as they took the baits on the drop on many casts and if the bait did manage to get through them to the bottom it was only a matter of a couple of minutes before a bite. Not all so-called “monsters”, the smallest being Giant Gourami at around 2 kg, loads of Pacu from 3 – 8 kg, Striped Catfish up to around 15kg, Amazon Red Tails up to 20 kg, Asian red Tails to around 10 kg and lots of Walking Catfish up to 8 kg. Great sport on lighter tackle.

Our pal Mark Laurence has done a great job keeping the ex-pats of Rawai and the surrounding area, fed, watered and entertained at Islander. He’s put a lot of effort into adapting the present situation and made the most of his day off by joining me at the lake in the afternoon. Mark took a different approach targeting the predators and he too had non stop action with around 20 fish in under 4 hours. Lots of Red Tails from 3 different strains and some very good sized Pacu that have grown like crazy since we introduced them from the stock ponds. A great afternoons sport in the best company. It’s fishing its nuts off at the moment so why not join us for some “FUNFISHIN!”….????????????? 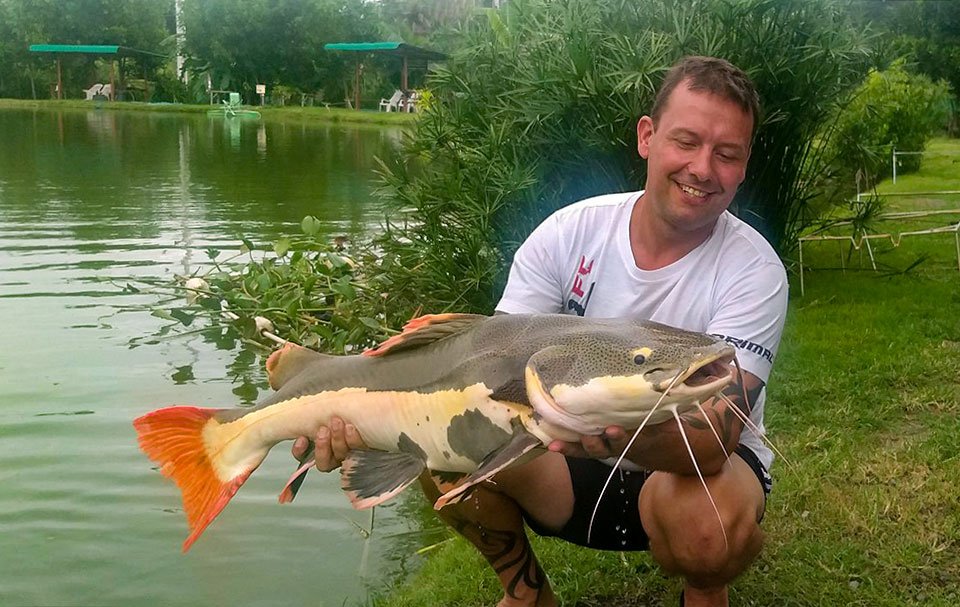 Please see above a package that we have put together for ex-pats and people that may be stranded here as we are told we can re-open on the 3rd May so if you have been banging your head against the wall we may have the solution.

We have limited staff so numbers will be capped and this will also ensure that we will conform to government requirements.