It was nice to welcome back our Danish friend Lars 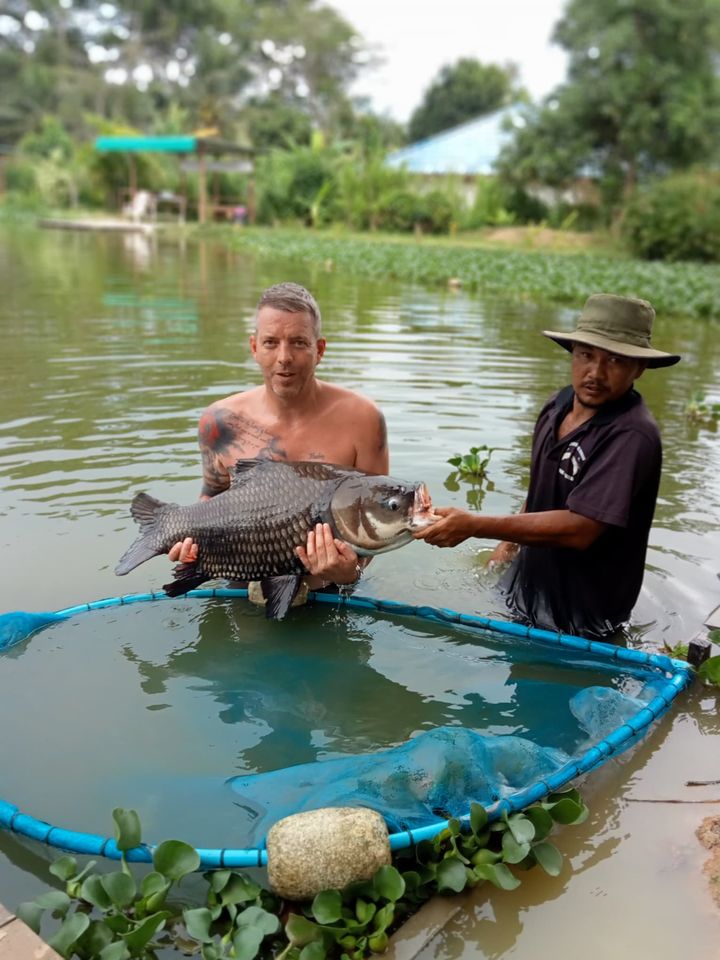 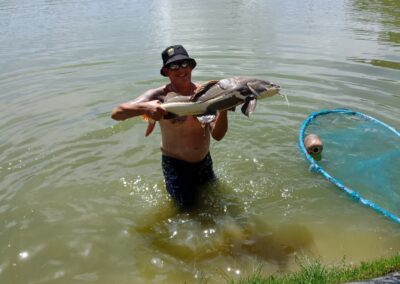 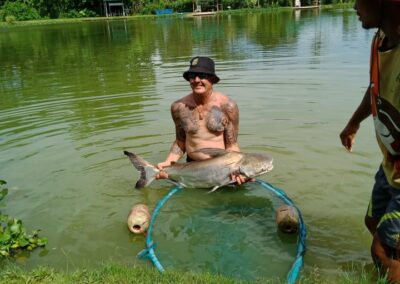 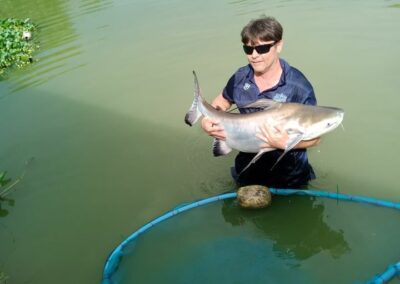 It was nice to welcome back our Danish friend Lars known to many as “Lau Kau” after his bar in Patong. Lars has just returned to Phuket having spent some time working back home and he bought his Aussie mate along for the day and near non stop fishing with both of them bagging up on Red Tails, Striped Catfish, Siamese Carp, Pacu and Chao Phraya Cats and lars is already planning a return early next week.
David Brackstone from the UK had contacted us via WhatsApp and booked in for the morning, much of the same for him with 20 + fish for the session and he too vowed to return.
Another repeat customer from 3 years ago called me in the afternoon saying that he and his mate had been intending to come and spend the day with us during their two weeks here but by their own admission the “attractions” of Patong Beach and Bangla Road had overwhelmed and weakened their will power so they managed to squeeze in a quick 2.5 hour afternoon session before spending their last night in the “Soi of Sins” and flying out early this morning. Lot’s of fish for them both….did they make that flight I wonder ??????
We have a busy afternoon ahead of us today but a little space for half day or short sessions this morning. Availability is good for the rest of the week but we are definitely starting to get a little busier and a lot more inquiries for the days, weeks and months to come so make the most of the quieter times, give us a shout and join us for some………”FUNFISHIN!”…….